Self Confidence has been a struggle for most of my life; lack of confidence has directly attributed to stumping my own career growth and has fueled fear to not follow my dreams.  During an interview process, what can tip the scales outside of your favor (if hiring is external to an organization or not mandated by a union) is if you do not project confidence, especially when the position demands a level of self assured assertiveness.  Lets face it,  if you don’t believe in yourself, who is going to believe in you?  No one.

What a weight to carry, as an adult, to me it meant the following “forget ever having a fruitful career or accomplishing your goals because you need to be confident and you’re not confident and how the hell are you going to become confident?”  I felt hopeless, doomed to live a life of mediocrity living vicariously through my intellectual and ambitious fiance, who has a successful career in communications and public relations, who can eloquently discuss just about any topic with confidence or exit the conversation in a gracious way without missing a beat (ugh!) ; he has the gift of gab and I have the gift of blab.  Yet, Brian will be the first one to tell you how many hours he will put into preparing for a presentation or interview, and how he researches, reads, studies and then rehearses what he will share, hours upon hours of preparation so nothing can rattle him.  He makes sure he will succeed, it doesn’t come to him with ease, but in my biased opinion, I think he is pretty brilliant with or without the hours of practice.

A few weeks ago I began trying to change the internal self deprecating self talk tape reel in my head; I have been trying to flip the way I think and be more kind to myself with my words.  We are our own worst critics and we call ourselves the most horrid things like, weak, coward, stupid, lazy and the list goes on.  I have been reading a lot about leadership skills and I have been listening to a lot of TED Talks to help motivate me as I will admit, the topic of confidence and lack of it in myself has been on my mind a lot.  I have googled “How to become more confident” and I have searched on Pinterest for “Top ten attributes of a confident person”, I have even read up on lions and their behaviors, I have practiced “power posing” at home DESPERATE to apply whatever I can to take myself out of the zone of low self confidence.

I recently came upon an inspiring TED talk, and it has put me on this self discovery journey which I am exhilarated to explore further.  The best part is I know I can become confident, in fact I am confident that confidence can be achieved by me, or anyone for that matter.   This TED talk is  less than 14 minutes long by Dr. Ivan Joseph called The Skill of Self Confidence.   Automatically, I was drawn to the word “skill” as to me a skill is something you can learn, or something you can practice at, a skill is something achievable if you put your mind to it.  I felt encouraged instantly by the shear title of his talk, and I may not be oozing with self confidence yet, but I know I can learn anything.    Straight away I like the sound of Dr. Joseph’s gregarious kind voice and I feel inspired; I can tell this guy has confidence, but not only that he is probably a great leader too. I won’t share the details of his talk as I would encourage everyone to take a listen to it and reap the benefits of what he has to say.

For life transforming inspiration click on the below to take a listen or watch the video:

Just some 411 on the presenter, Dr. Ivan Joseph, is currently the Director of Athletics at Ryerson University & from what I read he has been a mover and a shaker; he is also Canadian (woot woot!) and obtained his PhD. before the age of 40!!!

What I learnt was if you want something, you don’t take no an answer.  If you are not successful the first few times, you don’t stop trying; if you are told no 20 times, but you still want whatever it is you are looking to pursue, whether it be a particular career goal, or an entrance exam into law school – you keep trying until you are satisfied with the result.  If you have a dream job interview, and  you know the competition is steep, you prepare, prepare and prepare, you rehearse the answers to the questions you think they may ask over and over; you go over materials until you know as much as the CEO of an organization should know, if you do this type of preparation, guess what?  You’ll be confident.  Dr. Joseph used an example of preparing  a speech and how you practice and go over it again and again, until you are confident.

Practice, it is such a simple concept.  I remember before a piano recital as a child practicing a piece endlessly as there was no way I was going to play the piano in front of an audience and fumble, so when I did play, I could play the piece backwards and forwards without error.  My confidence in performing came from tireless repetitive practice.

Dr. Joseph also mentioned using positive affirmations and brings up Muhammad Ali’s famous self proclamation  “I am the greatest!!!” and man oh man, he was the greatest, he was saying it and believing it before it became truth.  Self-confidence is the belief you can do it and who will believe in you unless you do? We truly are [the masters of our fate] and [captains of our ships], where we land in life is within our control.  Do you comprehend the power behind those words – WE as in you and I – we are the grand conductors of our lives and what we accomplish; no one else has the right to dictate what we are successful in and what we accomplish, no one else has that power unless we give it to them.  That is mighty powerful stuff my friends. 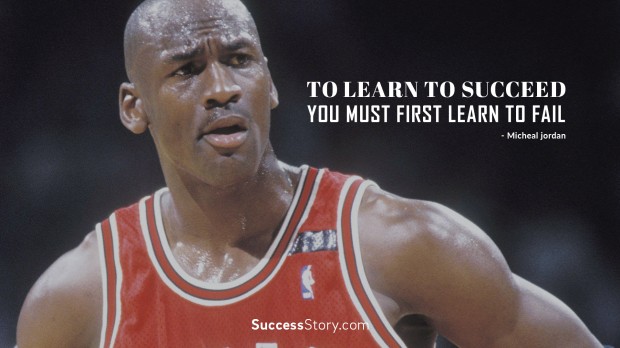 Dr. Ivan Joseph brings up J. K. Rowling and her beloved Harry Potter and how she was rejected by 12 publishers before The Philosopher’s Stone was published.  Can you imagine?  J. K. Rowling was living on welfare, a single Mom and created this masterpiece which has made her a billionaire; Harry Potter is not only a series of books, but a powerful franchise.  Albert Einstein didn’t speak until he was four years old and was unable to read until he was seven years of age; he was believed to be intellectually challenged…  He showed them!
I am thirsty to be more, I am hungry for success and in order to get me to where I need to be, I must be confident and relentless in what I want to achieve, and today for the first time ever I know I can be confident, as today I learnt confidence is a skill.

If I find 10,000 ways something won’t work, I haven’t failed.  I am not discouraged because every wrong attempt discarded is another step forward.  – Thomas Edison

You can learn a skill, you can practice a skill until it comes naturally and confidence is a skill.   Chew on that my friends, and thank you Dr. Ivan Joseph for  showing me this beautiful simple truth.  I hope all of my readers feel encouraged to pursue your bliss and keep reaching for the stars.  You’re going to fall, you’re going to fail, but you’re going to get back up and try, try, try again until…  Speak encouraging words and be kind to yourself.