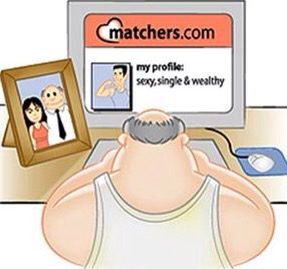 The world of online dating can be a daunting and stressful, even when matches seem to be plentiful and desirable. The sad truth is you really do not know what to expect until you go on that first face to face date and then you can assess the situation a little bit better. Regardless of how well your online chatting may be coming along, or the perceived connection you may feel in your conversations, until you meet person to person in the flesh, all of the anticipation can fizzle rapidly if what you are expecting is nothing in comparison to what is presented to you. There is a lot to be said about chemistry and it cannot be translated via text, email, telephone or even Skype for that matter.

Let me save you some grief and go over a couple of red flags. The number one and most obvious red flag is the profile with no picture. I don’t care how important your “career” may be or how special you may believe yourself to be. I would not accept any excuse or reason for not having a picture, as most sites will allow users to message a private picture if they do not want to be displayed in a public manner. If someone is so paranoid about being recognized or their picture being used for goodness knows what, forget them. To me it screams secrecy and weirdness, not in the cool indie kind of way. Early on in my online dating days, I would engage in conversation in hopes that I would receive a pic enjoying the mystery of the moment, but the guy would either not send a pic and just want to continue to chat with no resolution, or I would receive a picture and be horrified. 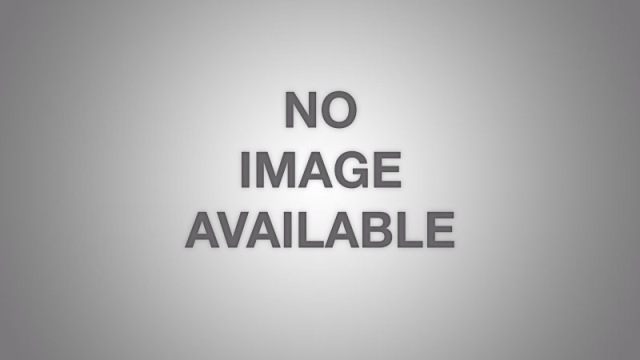 I am telling you right now, save yourself the trouble and ask upfront for a pic, and say “no pic no talky”. You’re posting your picture, putting yourself out there, not hiding your appearances, so it is only fair you have an idea of what someone looks like, and not a self description from said person. I won’t even get into the fact that you could be conversing with a married person, or someone who is mentally disturbed or God knows what. Don’t engage a no picture profile, just don’t do it.

The second red flag is the profile with the one picture, which also happens to be a bit blurry or over pixilated. Hmmmm, I think he is cute? Hmmmm, I think he is a he? Hmmmm, I think he looks our age? Hmmmmm, I think buddy is hiding something, that is what I think! In my experience of many first dates, I have found that the guy with the one picture, has one picture for a reason and that is because that is his one and only “good” picture. I met one guy for coffee and his picture showed an “okay” looking guy, nothing spectacular, but I wasn’t looking for a super model, but what showed up was someone who looked ten years older, his brown hair was now gray, he had put on a good 30 pounds and his personality was even less desirable than his haggard, bloated looks. One of my shortest dates ever, possibly ten minutes with a scalded throat which I paid for to boot! If someone has one picture, there is no reason they cannot upload another picture, and ask about when a picture was taken. I found that most honest and upfront online users will date their pictures which precludes you from having to ask the awkward question about the dates. Attraction is important and keeping an open mind is important too, but in the wise words of G. K. Chesterton “Don’t be so open minded your brains fall out”.

Sadly, “Cat Fishers” are notorious too for using one picture with a million excuses as to why they cannot upload another photo, working across seas or in Afghanistan fighting the good fight for their country. Somehow he can access a computer, and an online dating site, but cannot access another photo, hmmmmm, something smells fishy! Conveniently, s/he will be traveling from where ever and their plane will be stopped in some odd country and their passport and all their money is stolen, and it is hard to believe that some desperate guys and gals have fallen for this and wired money to John or Jane. NEVER EVER give money to someone you haven’t met in person, or someone you don’t have a real life relationship with (real life relationship would be you see the person daily or close to it, speak daily, you know their friends/family and vice versa – not an online “relationship”). It saddens me that there are so many lonely people out there desperate to find love, and lack enough social skills to understand there are scam artists who seek out the kind, generous people who may not have the best self esteem. No one of value will ask you for money, and a lot of one photo profiles are cons looking to lure you in and believe there is something when it is all fictional.

The below is from Dr. Phil’s website, http://www.drphil.com, listing different money scams a cat fisher may use.

I have many more red flags to report on. In a nutshell, profiles without a picture or only one picture and the person is not willing to share more pics with you is a red flag and better left behind. Move on, as there are plenty of online daters out there who will provide pictures and answer your questions without hesitation or be offended, after all they are looking for the same from you.
Peace and love – Rachel